Windows 10 Technical Preview users can now download touch-friendly versions of Word, Excel and PowerPoint from the Windows Store Beta. There are only versions for PCs, laptops and tablets available; the mobile versions of the apps will be released in a few weeks. Microsoft Office touch apps are designed to work on any device running Windows 10. These new Office apps will be pre-installed for free on phones and small tablets. The applications work on both x86/x64 and ARM devices. 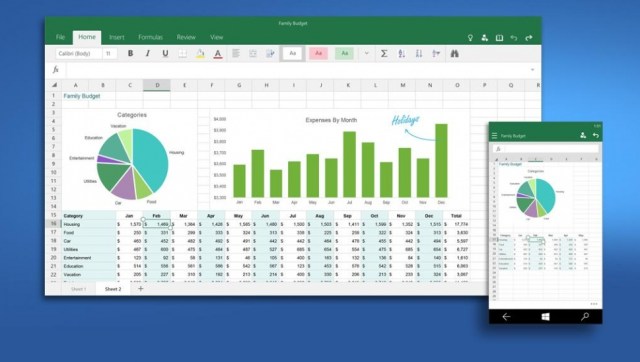 Microsoft also announced Office 2016 for the second half of the year, which will be suited for a PC with keyboard and mouse.